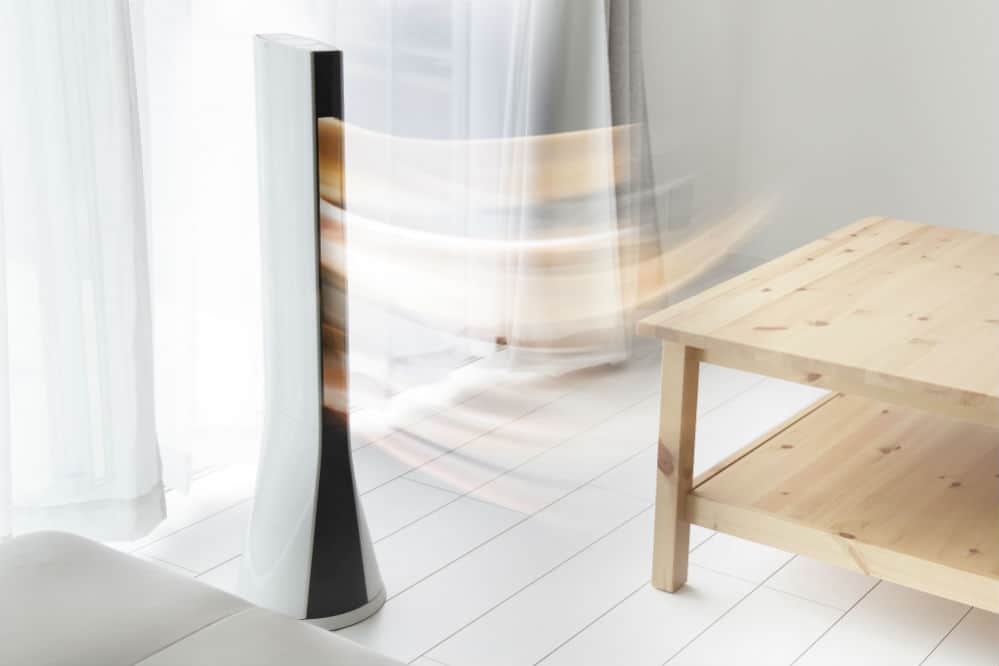 When you see a tower fan and an ionizer in one, do you get excited? Well, you should be! Imagine having that cool calming breeze while never worrying about pollen or dust? Surely, in that way, you will get such a restful sleep or lounging time. This experience is what the Lasko 2551 Tower Fan and Fresh Air Ionizer is trying to sell to you.

The question is, is there any truth to these claims? At the same time, you also have to think about how good the airflow is. It is quite challenging to have a high airflow especially if the fan also works as an ionizer. This is the case because an ionizer should be able to filter allergens while at the same time, pushing out air to circulate the area properly.

Truly, this two-in-one thing can really be a lot to take in. So, in this review, we are going to look at the key features as well as the pros and cons of using the Lasko Tower Fan to finally determine if it is worth buying and if this dual-purpose can really be of use.

Have a humid house? How about allergies? Read on to find out if this tower fan and fresh air ionizer is for you. 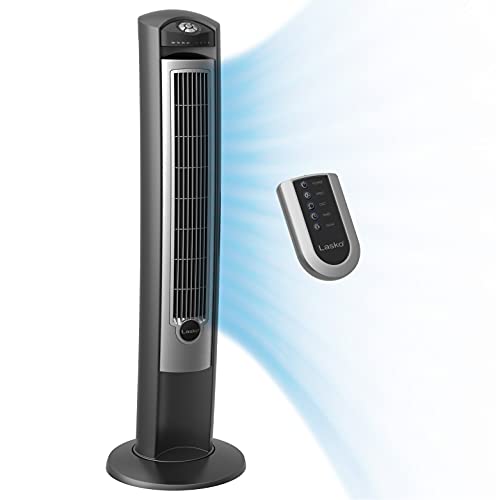 This unit measures 13 x 13 x 42.5 inches, and its total weight is approximately 15.5 pounds. For the part of the tower fan, it has three quiet speeds that deliver maximum air delivery. At the same time, it also has a small footprint for the optimization of space.

More than that, it also has an oscillation feature which is optional and widespread. On the part of the fresh air ionizer, it can boost the quality of the air by releasing negative ions which reduce the static electricity, and it can also trap pollutants like mold, pollen, and dust.

The whole unit has a wind curve design that is sophisticated. It also has some metallic accents that can easily blend in with a lot of home interiors. This fan also comes with a remote control, and there is a carry handle to make it easier for you to move the fan from one place to another.

Additionally, you can choose from three colors namely silver, black, and woodgrain. You can also save energy since there is an auto shut-off timer which by default is set to 7.5 hours. Further, it comes with a one-year warranty. 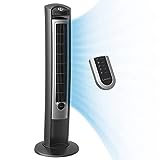 The Lasko 2551 Tower Fan and Fresh Air Ionizer has two main purposes. The first one, being a fan that can emit a cool breeze and the other is to filter out probable allergens such as dust, pollen, and dirt. When using it as a fan, you will not be disappointed with its three fan systems as it runs quietly and always follows the temperature that you set it to. However, if you want a strong breeze, this might fail you because even though it has great airflow, the gust that you get is quite weak.

Just like other tower fans, it also has an auto shut-off mechanism to save on electricity. Lastly, this will be an asset in your home if you have allergies because its fresh air ionizer feature really works well.

The Trustech Oscillating Tower Fan - commissions earned is similar to the Lasko 2551 Tower Fan and Fresh Air Ionizer in such a way that it has a three-fan system and it can also oscillate. One can say that this particular fan has a stronger breeze compared to the one from Lasko, and that conclusion is actually true.

When it comes to fan power and consistent airflow, the one from Trustech can really be trusted. However, unlike the one from Lasko, it does not act as an ionizer. Definitely, that ionizer feature is a win for Lasko as you get two things in just one product.

Also, the Trustech Oscillating Tower Fan can also be noisy and wobbly. When this fan is in use, you will definitely be aware of it because it does not only produce an alarming sound, but it can also dance to any pop tunes. It is disturbing to the point that you just have to close it as you will fear that it will break apart.

Its saving grace though is its auto shut -off option which can last up to 12 hours compared to the 7.5 hours of the Lasko 2511 Tower Fan and Fresh Air Ionizer.

The Lasko 2551 Tower Fan and Fresh Air Ionizer is undoubtedly better than the Trustech Oscillating Tower Fan. It does not only provide you with a cool breeze, but it also keeps your allergies at bay. More than this dual purpose, it is a landslide win for the Lasko unit because it is extremely quiet and it is quite sturdy.

Just like what we mentioned in the cons section, its base is a bit wobbly, but this wobbliness is sturdier than the wobbling of the Trustech Oscillating Fan. When the latter wobbles, you might think that the fan is going to collapse but when the former wobbles, you can still see that the other parts are firm.

Yes, it is not that perfect, but this slight flaw in the design is covered by the fact that when you use it, you will get a cool breeze every time. Likewise, the temperature is consistent, and you have a gentle airflow. Definitely, you will enjoy using this fan.