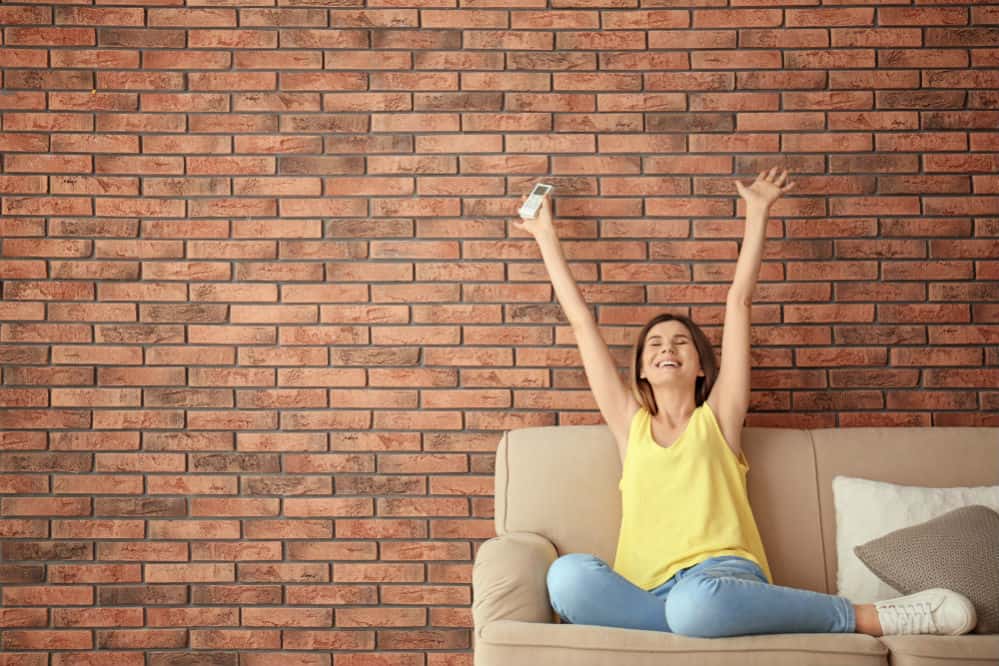 When it comes to cooling down a huge room, almost everyone will immediately think about turning on the air conditioning unit. But what if you do not have one? Do you purchase a bunch of fans to cool down a humid room? Not really. You should buy a tower fan that has excellent oscillation.

A fan that has a powerful oscillation system can really fill a big room with a cold temperature in just a short period of time. It does not even need a powerful fan to distribute the cold gust. Instead, it relies on the oscillation process, and this is what the Kaz Honeywell HY-025 is claiming to do.

According to the brand, this release has the best oscillation system in the market, so we are going to determine if its oscillation system is truly the best of the best. We will do so by looking at its features, pros, and cons. In the end, you will know if this tower fan is worth your hard-earned money or not.

Ready to find out an alternative to an air conditioning unit? Then, read on.

The selling point of the Kaz Honeywell HY-025 Tower Fan is how great its oscillation is, as it claims to be able to reach even the farthest corners of your house. Other than this feature, it also has a three-speed setting, and what is better is that the sound produced is at a level of 52 dB when the fan is set at the highest fan speed setting. At the same time, the settings can be viewed and customized with the use of the LED screen.

The air that it releases is cool but gentle, and it also has an auto shut-off timer that can be set from an hour to eight hours. This feature will definitely save energy.

As for its design, it has a sleek and modern look that will surely fit with modern and industrial interiors. It also comes in one color which is white. With a dimension of 8.3 x 7.5 x 32.2, a weight of about 8.4 pounds, and a handle, this can be carried from one room to another.

The Kaz Honeywell HY-025 Tower Fan is a modern looking product that despite its meager appearance, packs a punch when it comes to its oscillation feature. In fact, its oscillation is so great that it can easily cool down a huge room in just a matter of minutes. More than this, the cool breeze remains consistent.

On the other hand, there are some inconsistencies in terms of its auto shut-off function wherein it will not stop beeping. The easy-to-use controls are overturned by the fact that it is hard to view your settings due to the lights in the display. Also, no matter how great the oscillation feature is, when it is left on for a long time, the fan might start to rattle.

Lastly, its base needs to be assembled which is not really a big deal to others, but keep in mind that the base is composed of many parts. If you assembled it incorrectly, then you have an uneven and wobbly base.

Comparison with the Pelonis Tower Fan

The No products found. is similar to the Kaz Honeywell HY-025 Tower Fan in terms of design, user interface, and oscillation system. When it comes to the auto shut-off function, the one from Pelonis can be set up to eight hours. At the same time, it also has three fan speed settings.

As for the design, the look and feel of the one from Pelonis also have the sleek look as with the Kaz Honeywell, but its metal grilles at the front contribute to a more elegant look. In terms of the control panel, unlike the one from Kaz Honeywell, it is not LED; instead, they are composed of soft touch buttons. A good save in terms of the control panel is the option to use a remote.

Between the two products we evaluated and compared, we chose the Kaz Honeywell HY-025 Tower Fan. This decision might come as a surprise because just like what we mentioned, its oscillation is weaker compared to that of the Pelonis Tower Fan. But, we looked at the bigger picture because when buying a fan, no matter how great the oscillation, airflow, or cooling power is, what is essential is that you will be able to use it peacefully.

When you go for the Pelonis Tower Fan, you will not get that peace. Every time you turn it on and let it oscillate to fill the room with a cool breeze, you do so by sacrificing your inner peace. If this is the type of fan you like, then, by all means, purchase this one. But if you want balance, go with the one from Kaz Honeywell. The oscillation feature of the Kaz Honeywell may not be the best one in the market, but its performance overall is a decent one to keep your house cool and peaceful at the same time.