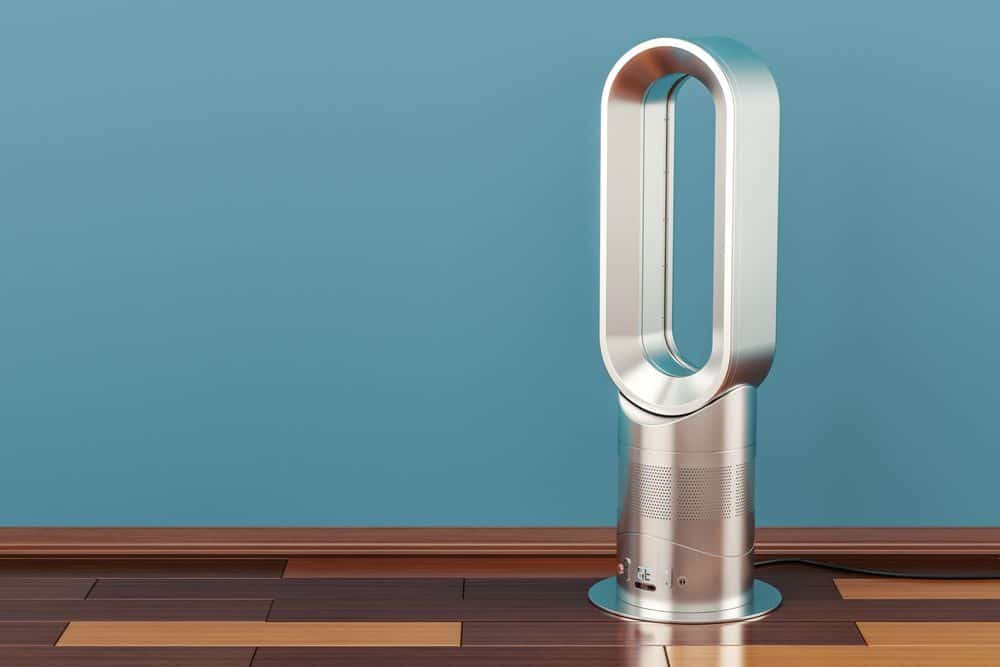 Slowly but surely, bladeless fans are becoming the mainstream types of fans. That is maybe because a lot of people prefer these models due to them looking so sleek and them being space savers. However, there are still people who are pretty skeptical when it comes to using these fans because come to think of it, how do fans without blades work?

Do they just emit air? How is it that the air has a specific direction? Is there really a way on how to let the air circulate without the use of blades? Do they have invisible blades? Or is it just pure magic?

The questions regarding bladeless fans can really go on and on, but we are sure that no matter how hard you look at the exterior of the fan, you will not find an answer. That is why we are here for you.

We are going to talk about how bladeless fans work as well as discuss if these products are any better than fans with blades. Lastly, we will tell you if a bladeless fan is the right fan for you and your home or not.

What Is a Bladeless Fan?

Not exactly. In fact, the blades are just hidden in the base. The air is then directed through a toroid or a hollow tube to be released out in the open. Do not worry about the specifics as we will discuss those later. But for now, we are going to talk about the general design of a bladeless fan.

For its base, they look like any stand fan; however, for its head, it has an elongated oblong shape. The center of its head is just space, and this is where the air comes out. The first bladeless fan that was commercially sold was by Toshiba, way back in 1981.

How Do Fans without Blades Work?

Take a deep breath as no way around this question will not involve some technicalities. We are going to discuss some scientific principles as well as elements of electronics.

The main tube that we are talking about is the base. Some designs have vanes inside it, while others have a brushless electric motor. What this does is to take in the air and feed that air into another circular tube.

This circular tube can be something that you call as an “air lounge” because this is where the air just “hang out” while waiting for the next process. The subsequent process is where the air reaches another tube, and this time it is a slit tube. This slit tube is basically where the main airflow happens, and this is also where the breeze that you feel when you turn on the fan comes from.

As we have mentioned earlier, it is not really bladeless since the blades are only hidden in the base. That is because blades are still needed to pull in the air from the outside. Just like any regular fan, a motor also powers the blades to draw in air.

Now that we have discussed what happens to the air, we will now move on to how the air is somehow directed to a specific direction and as to how they do not come in just one gust. They are somehow multiplied, right? Gear up for more technicalities! 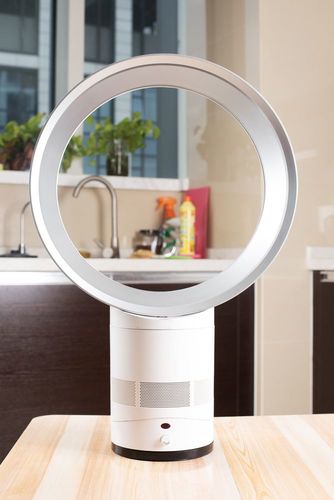 Remember your physics class? We know it is hard to reminisce those times, but physics can really explain this air multiplication that we are talking about but let us talk about it step by step.

The general rule is that gases follow the physical laws of fluid dynamics, and with these laws come the principle of inducement. That simply means that when the air is pushed out, air is pushed in at the same time. This concept implies that the driving force of the air being pulled in is actually the same force that pushes the air out.

More than this, there is also a process that is called entrainment. This is where the surrounding air along the edges of the fan will be attracted to the direction of the breeze or be pulled into the base. This is what is causing that air multiplication.

So, you see, the combination of inducement and entrainment gives us the illusion that there are numerous gusts of air blowing out from the fan. The reality is, those gusts are the existing air around the fan or the force that is used to pull in the air into the device. That is so amazing, right?

Are Bladeless Fans for You?

A bladeless fan has a space in your home if you are not all about air circulation. Other than that, it is a handy fan to have. It saves a lot of space, does not require a lot of maintenance, and most importantly, it is not noisy. So, we can say that it is the best fan for your bedroom.

For those who value aesthetics, this type of fan is perfect for modern homes as it has a sleek look to it. For homes wherein the interior are more classic, shabby chic, and the likes, this fan will definitely stick out like a sore thumb. Probably though, the best thing about having a bladeless fan is that it minimizes the risk of any injuries.

So, now you know the answer to how do fans without blades work. From this point on, you are one of the informed few that know that there are still blades, but they are just hidden. More than that, you now know how many gusts of wind came to be when the air is only pushed out through one tube.

Hopefully, the technical discussion was worth it.