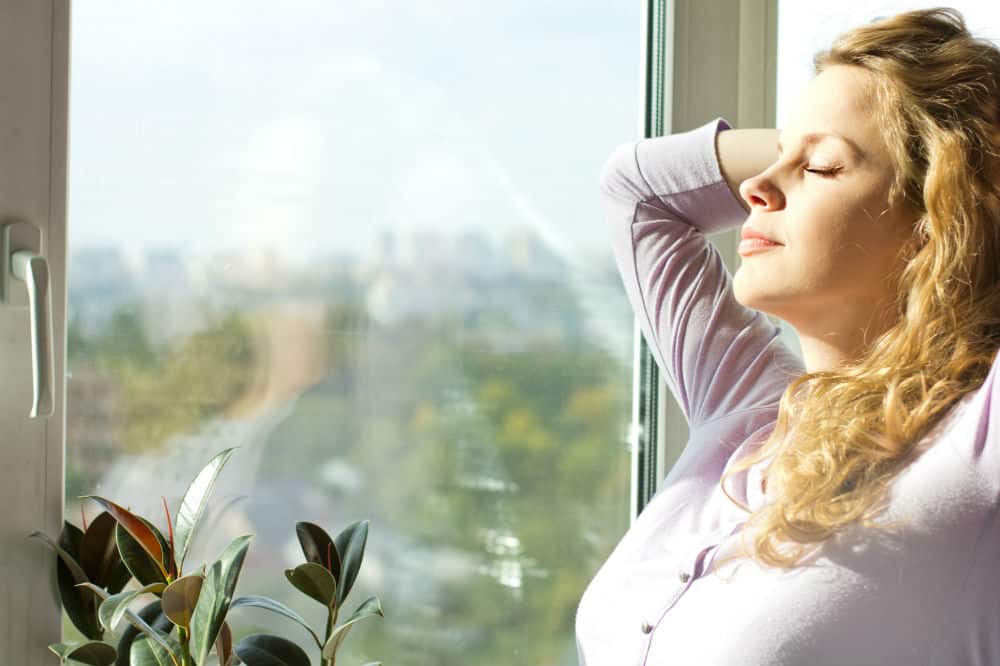 What are the best travel air purifiers? Is there even a noticeable difference? After all, they’re just pulling in air and running it through a filter, right? It isn’t rocket science.

Actually, the quality level between air purifiers differs wildly. Some commercially available air purifiers are so good they could be installed in a spacecraft, while others are nothing more than expensive air circulators.

However, to keep things fair, this travel air purifier review will touch upon the best lower priced air purifiers, rather than reviewing those that cost hundreds or even thousands.

Table could not be displayed.

The device pushes air past a UV light. The UV light denatures things like mold spores and dust mites, and kills many types of bacteria. This helps slow down the spread of mold and helps remove bacteria from the air.

The device doesn’t require replacement filters, but that’s because the filter only really catches pet hairs and dust. It has a UV light, that needs replacing every ten months. This device doesn’t get hot nor overly warm a room.

This device is very compact. You have to plug into your wall, which means it stays out of your way. If you wish to put it in a wardrobe, you’ll need an extension cable. You don’t have to keep this device upright in order for it to work.

The build quality is obviously very cheap, which means some units come off the manufacturing line with slight defects that lower their overall lifespan. Your unit may last you three or four years, or you may get unlucky and see it die after just six months.

Despite its claim, this unit doesn’t deodorize. What it actually does is denature mold spores, which slows the spread of new mold, ergo preventing a new musty smell. But, if there’s already a smell in the air, especially if it’s a non-mold related smell, then this device won’t remove it.

The device does help denature the particles that cause dust, mite and mold allergies, but the device is so under-powered that you’d need three or four in a regular sized room in order to make a difference. If you’re purchasing this device to help with your allergies, then look elsewhere.

It’s a small device that’s fairly compact and low cost. You can plug it into your wall socket and forget about it. You don’t have to replace filters, if you will have to replace the bulb after around 10 months.

Contrary to the device’s marketing, it won’t kill viruses. However, it will kill some of the bacteria that runs through it, and will denture some of the mold spores and dust mites.

The device has a one-year warranty, which you should sign up for right away. This is because some of the plug-ins come from the factory and are slightly defective. This device isn’t power hungry, and is suitable for small spaces.

The device is a very low-cost and cheaply made product, which means it won’t last a long time. In many cases, it lasts a few months and then stops working. Some last as few as 90 days. This is chiefly due to its low-cost manufacture that prompts the sort of defects that shorten the device’s lifespan.

This device doesn’t remove odors in the strictest sense. But it does slow the onset and growth of mold, which means it may in fact prevent odors. Since it denatures mold spores, it eventually lowers the overall amount of mold, and ergo stops the nasty mold musty smell from being generated.

Based in China, the Fuloxtech Company is trying its best to break into Western markets. The company has a tenuous foothold in China’s market, and is only starting out in the West. Still, it has survived several years, so maybe it will become a big-name retail brand in the near future. Only time will tell.

The device can be charged fairly quickly using a USB port. Just make sure to run a full and long charge the first time you use the device to prime the battery. On standby only, the battery will last 10 days.

There’s a green and a blue mode. The green mode keeps the device running continuously until the battery goes flat. Blue mode makes the device run intermittently for 30-minute intervals.

In a very small area, this device will create a tiny level of ozone. The idea is that it keeps smells from seeping out of places. This is mostly true unless the air in that general location is disturbed.

It’s pretty useless, cheaply made and very poorly optimized. Its only realistic use is to be placed in somebody’s bag to help freshen it up during the day. Maybe putting it in somebody’s sweaty sneaker bag, for example, would be a good idea.

The air output is negligible. This device won’t make much of a difference to any smells unless it’s placed in a very small area such as a car boot, or a small cupboard. You can extend its battery life using “Blue” mode where it pumps for 30 minutes, then turns off for 30 minutes, and then turns on again, and so forth until the battery dies.

The battery life is pretty bad. You can charge it up with a USB port, but the device only lasts around four hours and then grinds to a halt.

AirTamer was set up by Headwaters Inc. with the aim of getting into the air purifying industry. Their products are worn around the neck in order to get closer to the mouth and nose of the wearer. However, they’re affected by airflow, so are only really useful when people sit still indoors.

This device is fairly sturdy, which is a marked difference from other devices of this nature. You can drop and knock it as much as you like. You only have to be careful about rubbing off the tiny filaments located at the top of the device.

Claims that this device works for 150 hours per charge are mostly true. If you prime the battery the first time you use it, then most of its life it will run for over 100 hours between charges.

This device is useless. Its entire premise doesn’t work or apply in any way. It doesn’t lower the number of allergens or pollution you breathe. So, how did this device end up on a “Best travel air purifiers” list? In the main, due to it being the only personal negative ion generator that actually works correctly. Its competitors are closer to toys or ornaments than ion generators. At least this device actually pumps out negative ions, even if they have little effect on your personal air quality. To reiterate, there are many personal negative ion generators on the market, and this is the very best of them.

After less than a year, the emitter filaments will fall off. They can’t handle any form of touching. They’re brittle and even slight brushes from your clothing can rub them off. This wouldn’t be a problem if this were sat on a desk, but the manufacturers claim that this device should be worn.

The online marketing claims that this device protects against viruses, but it doesn’t in the real world. In the real world, it would have to be over ten times bigger, and you would have to sit with it in a quiet room, with no air movement between your mouth and the device.

The Wein company stocks some of the cheapest products that China has to offer. If its head office is actually located in Los Angeles. Wein is a very small company that is owned and operated by just two people. It has room to grow since their Minimate is probably the best on the American market. That said, the bar is set pretty low when it comes to wearable-air-purifier competitors.

This is a personal air purifier puffer. This means it generates a small amount of pure air in its midsection, and then puffs it out in set intervals. Despite it making little difference to your overall air quality, it’s still better than most passive ozone creators.

Unlike other puffers, this device is silent, it doesn’t have filters and it doesn’t need to be maintained. It’s uses are limited, but it won’t cause you any problems while you’re using it.

This device won’t protect you from germs or viruses as advertised, but it can help make smells a little less annoying. For example, if you’re on an enclosed tube, train or bus and there are some nasty odors lingering, this device will provide short respites from the offending smells.

This device is only suitable for very old or sick people who don’t move around very much. The notion is that clean air is puffed into somebody’s face is a fair one, but it only makes a difference if there’s no other wind movement.

People sitting still in once place, indoors, for long periods of time may feel some benefit. Otherwise, if people are outside, moving around, or even breathing heavy, then the user feels no benefit.

Like the AirTamer mentioned earlier, this device is pretty useless, but it makes it onto this “Best travel air purifier” list because it’s the best in its category. Most other personal air puffers are terrible and/or completely useless. At least Wein tried to make a puffer that worked rather than an expensive plastic ornament like the Wein Minimate’s puffer competitors.

Like all personal air purifier puffers, this is a very flimsy and cheaply made device. It feels cheap, light and weak. For those reasons, you have to treat it very carefully because it’s easily broken. Some readers have informed me that stock availability is patchy, it can also be found on Walmart.

As you’ll have noticed from this review article, there’s no perfect unit currently available. Even the very best travel air purifiers have their problems, have downsides, and have recurring problems. In many cases, you have to pick the best from a bad bunch, but that’s not always a big problem.

All you have to do is look online for negative reviews rather than positive ones. Positive reviews will tell you the same thing that the manufacturer’s marketing does, but negative reviews tell you which problems to look out for. Just like with this review article, learning what an air purifier is doing wrong is just as important as what it’s doing right.

In the air purifying industry, the most expensive units are often the very best travel air purifiers. If you’re not willing to pay hundreds for your device, then you need to compromise a little. The units listed on this article each offer a fair compromise. They offer several benefits with as few downsides as possible for the price being paid.